Last week, Wizard of the Coasts released a new iteration of the artificer with some changes and fixes, looking for a version fitting the fans’ expectations. I have some thoughts about their choices – not all of them are positive.

That’s an interesting point in the first place. Many people visualize the artificer as an inventor of steampunk-like tools with alternative effects of magic.

The problem is that, originally, it wasn’t: Eberron starts from the “D&D rules are real” point and from this habits and developement of the world starts. You’ll not have oil lamps if a continual flame spell, once cast, it’s free forever. It costs more, but in time it pays itself. Arcane magic is reliable as science and takes the place of technology, with magical artisans – called magewrights – taking the place of technicians and all other professions introducing minor magic tools in their jobs.

The artificer is an adventurer-mode magewright: he can have unusual magic items for himself and his mates, infusing effects and enhancements in normal stuff.

Previous versions of the class were unsatisfaying.

From the school of magic…

The first version was a school of magic for wizards giving greater affinity with magic items. It was cute, but not specific as the class was meant to be. I think that features used for this school of magic were good starting points for feats regarding crafting, but the artificer required a different twist.

…to a new class

The second version introduced a whole new class with two paths, the alchemist and the gunsmith. A different, better setup: the artificer starts showing new mechanics with options presenting something new on the gaming experience. Options were not enough vibrant: the gunsmith had the feeling of a flat rogue, with a single shot inflicting 1d6+1d6 every odd-level damage without tactical setup and an aoe option, the alchemist had a more passive feeling, due to all his effects being saving-throw based.

The artificer now has a d8 as hit dice, proficiency with medium armors, simple weapons and non-heavy crossbows, it can cast cantrips and has a half-caster progression like the ranger or the paladin, there is an extra attack feature at level 5 and an early access to spells at level 1, differing from the other half-casters.

Tools seem to present a hybrid caster-weapon combatant. Cantrips, extra attack with a meh-limitation – meh because it’s a “I’ll barely see the difference from a normal extra attack feature being interesting” limitation. There are no real mechanics fully supporting one of the two paths or, at least, they are very limited – no smite, action surges, arcane recovery or whatever.

Mechanics for the class are weird: tools interaction, magical tinkering, and infuse item.

Tools interaction is strange since it allows to use tools as an arcane focus, which allows to make special and funny (or, well, weird) aestethic combinations – casting a spell with calligrapher’s tools can be cool, castin a cure wounds with smith tools is… peculiar. As a whole, this is good.

Magical tinkering is a mostly fluff skill: you can alter a tiny nonmagical object and make him shed light, tell a sentence when it’s touched or emit a minor effect like a smell, a sound, or an image. A long prestidigitation. Funny, not crucial.

Infuse item is probably the core mechanic: you can learn three effects which allow to create specific magic items. Very specific. An effect allows to create a +1 weapon, another a +1 armor, another an item from a specific list. From 12th-level of the classe, infusions get enhanced (+1 items become +2, the list of magic items expand, etc). For what is worth, they seem like a magic-item-oriented version of warlock’s invocations.

My personal general feeling is that mechanics are not tasty enough: they do their basic job but they are not interesting. They are «You can choose to have these magic items» mechanics without a thrill. You can hope the thrill comes with the Artificer specialist features but… well, let’s see them.

The class comes with two paths, the alchemist and the artillerist.

The alchemist rings my Fullmetal Alchemist bell almost instantly. As an alchemist you can:

Yes, Torbjörn was an obvious link to make.

Scaling problems apart, which can be addressed easily, the problem is the soul of the class, which is missing. Every class has some core mechanic that are its heart and soul, creating the specific taste. This artificer is a less elegant warlock: a spellcaster with less slots and specific powers and buildable as a weapon combatant.

Bu, as Keith Baker himself pointed out time ago, a reskinned warlock is a perfect way to get a nice artificer. One of my fellow players played a reskinned warlock as an artificer for like three years and we found out it’s completely fine. But if you want to make a class, the class needs a soul, a special mechanic that makes it special. Smite, pact magic, wild shape, spellbook, channel divinity, martial arts, rage – each of these features rings a bell of a specific class.

I’m aware of the challenge: the special feature of the artificer is his special bond with magic items… and every class has potential access to magic items. The point is special: I tried to build an artificer some time ago (downloadable on the DMSGuild) and I’m aware of the problems. It’s hard. I’ve tried to come up with a solution, collecting feedback and perfecting the document. I’ll try to help with the survey and I’ll link them my little work.

I’m going to prepare some other paths – I’ve been asked for artificers construct-oriented or self-augmentation-oriented, and I have some graphic and layout improvement to apply.

Let’s see what I can do. 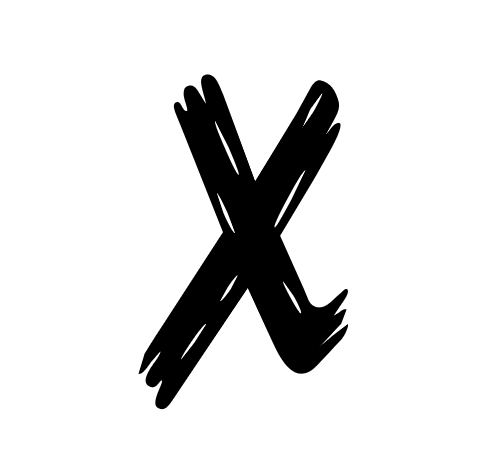